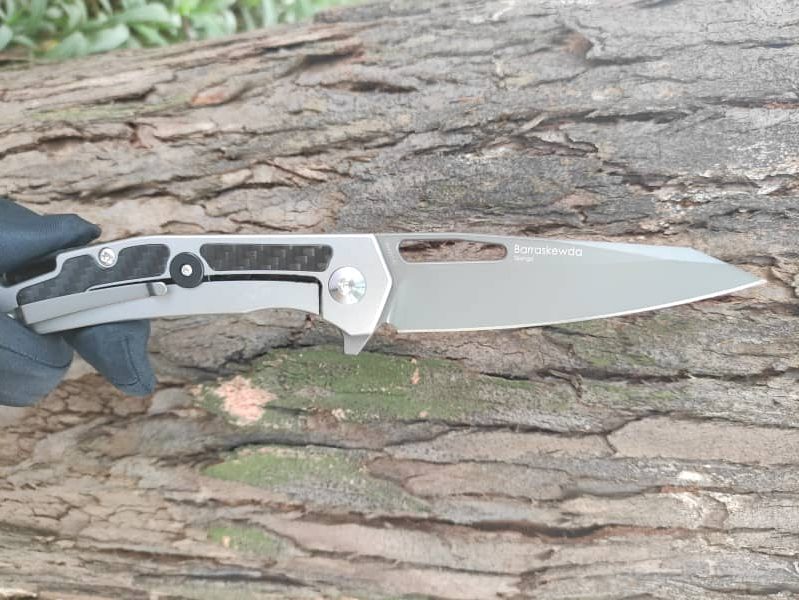 Have you ever looked at a pocket knife and wondered who could have been the brains behind the design? Just like a car or any other sophisticated item, knives too are designed, and it is a long and arduous process. People don’t just wake up once a day and decide to make a knife out of the blue.

Every pocket knife in your possession is the work of a number of designers who have dedicated their time and skills into creating all kinds of pocket knives that are well balanced for their functions. We are going to look at some of the leading knife designers in the world, their best works, and how they started out. If you have always been curious to know the origins of the knives you love so much, then you are in the right place. 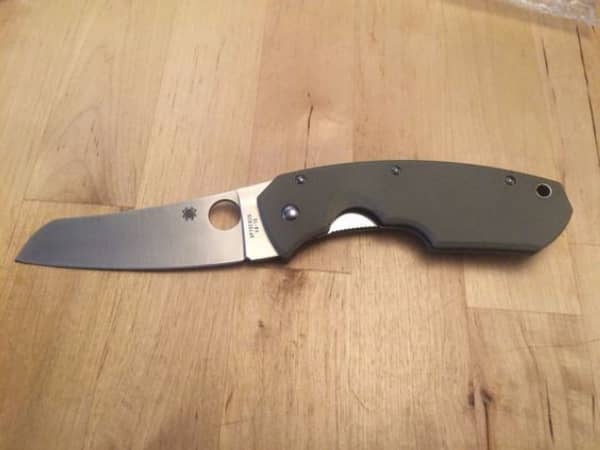 Jens Anso started as a knife maker in his small workshop in Denmark, and over the years, he has been the name behind some of the most iconic folding knives in the world. You may have come across Anso Knives in the market; those are his works and are some of the most structurally sound folding pieces around. At the same time, he has collaborated with other big brands like Triple Aught Design, Zero Tolerance, among others.

Another standout feature of Anso Knives is their simplistic designs that never go over and beyond for aesthetics. The main focus is on functionality, and this is how Anso Knives are among the elite knives. They excel very well in outdoor settings. 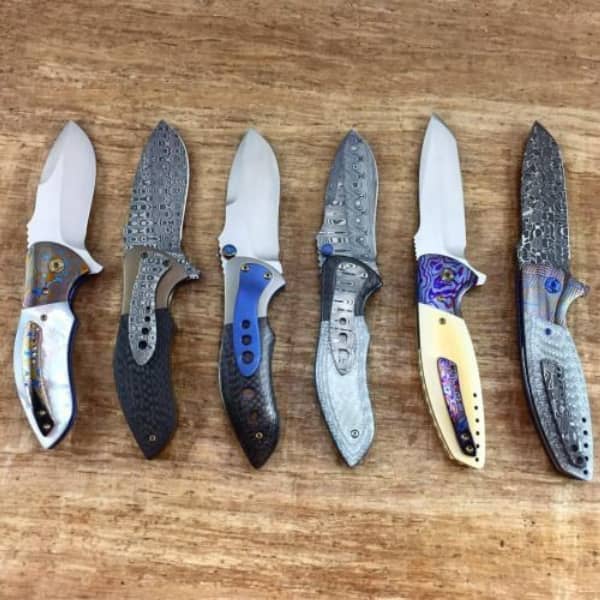 Peter Carey began as a steel fabricator, inspector, and welder, where he gained a lot of experience working around knives of all kinds and shapes. After a while, he came up with the idea of branching out and starting his own knife brand in 1997. It didn’t take long before his knives were turning heads in the knife world. He went on to win the “Best Amateur Knife”  and “ Best Folding Knife” awards in 2002.

The standout elements of his knives lie mostly in the forging process. He used advanced techniques combined with the latest technologies to ensure every blade that leaves the assembly line is up to the task and worth the price tag. 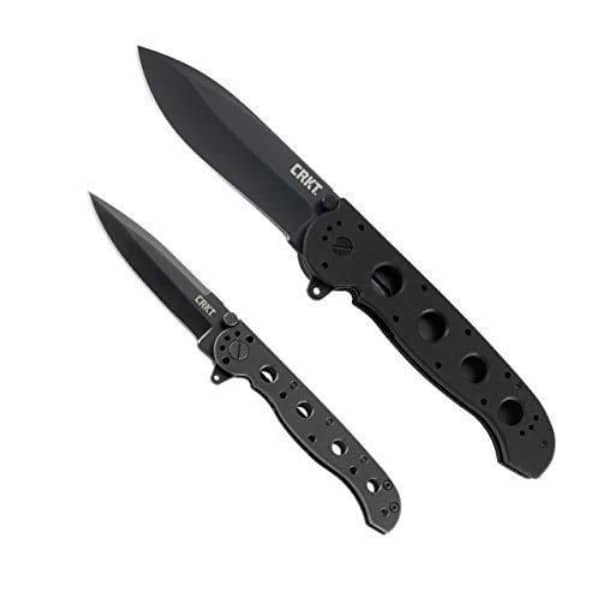 This is a name that may be more familiar to seasoned knife owners. Kit Carson was a master craftsman who has left an impact in the knife world, and although he may have left us in 2014, his works continue to generate and attract a lot of interest among knife enthusiasts. The Kit Carson brand has been around for over 30 years and continues to grow every year due to the high-quality knives that are in high demand globally. So popular were his designs that big brands like CRKT would contract him to design some of their most iconic outdoor knives that have gone on to win awards and break records.

A majority of folding knives made by Kit Carson are tactical in nature, and they feature a very rugged look that’s combined with inequality materials. This is the type of knife you would want by your side when going out hunting. 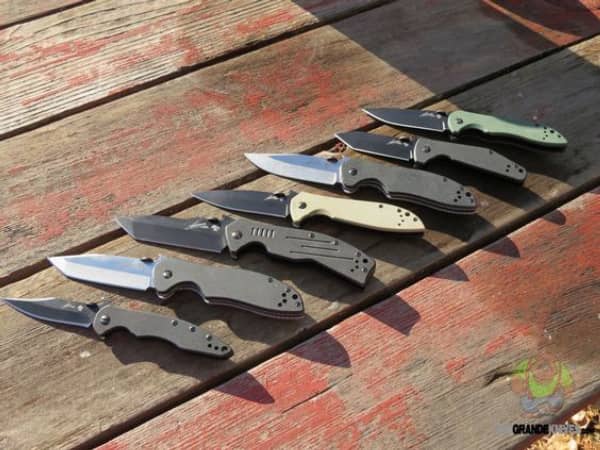 Ernest Emerson is another great knife designer who has gained a lot of respect over the years, and this can be backed up by the beautiful and reliable knives he has designed for years. He started as an apprentice craftsman and later graduated as a tool and die maker. The experience he gained through this is what made him turn to making his own brand of knives. He finally achieved his dream in 1979 by launching his first ever knife, a classic that is still being sold to this day.

His knives are aimed at tactical and hand-to-hand combat enthusiasts as they are well balanced and have good grip and longevity, all thanks to premium materials that are used in their manufacture. All the Emerson knives are made in the USA but are used in every corner of the world. 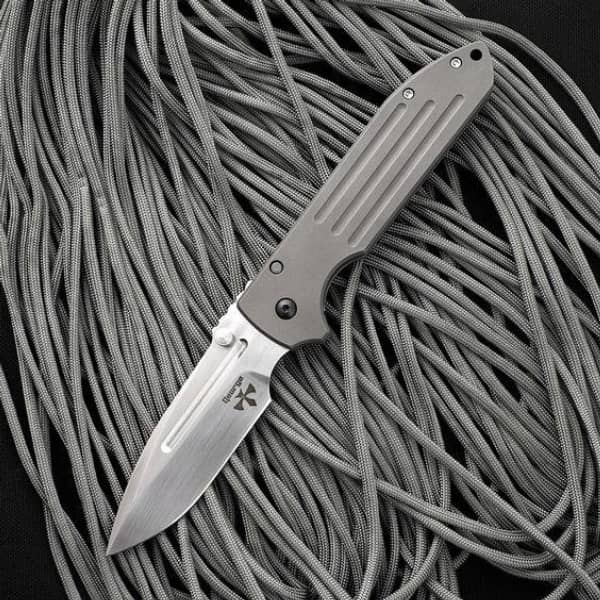 From Zero Tolerance, Pro-Tech, Spartan Knives are all some of the brands that have had the privilege of working with Les George. He is an established knife distributor and designer who has spent over ten years as a marine, where his interest in forging knives was born. His main focus is on the making of tactical knives that are forged using the best raw materials that money can buy.

Les Geroge has been making knives for over 20 years now, with a good number of them being custom-made knives. They are not cheap compared to other brands, best-known, is and that should tell you of the quality you will be getting if you choose to go with a Les George knife. 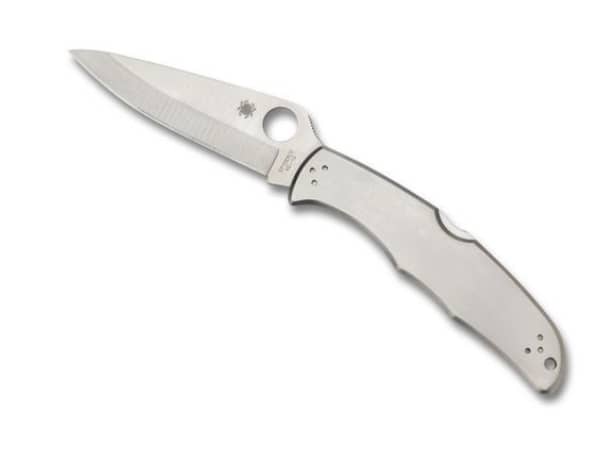 Sal Glesser is another respected name in the knife world. His knives have been so instrumental over the years to the point where he was inducted into the Blade Magazine Cutlery Hall of fame in 2000. One of the best known knife brands that are a direct work of his genius are the Spyderco, which is considered to be among the best folding knives around. He founded the company decades ago, and he has never looked back.

The majority of the custom pocket knife pieces that Sal Glesser has made throughout his illustrious career are tactical. They are used by adventurers and military personnel who require a knife that’s easy to open, well balanced, and highly durable. The most popular of his designs include the Grasshopper, Delica, Paramilitary, and Ladybug, all of them best-selling knives that are still in high demand to this day. However, the price tag is a bit high, and this can be hard for a person who is getting into the knife world for the first time. 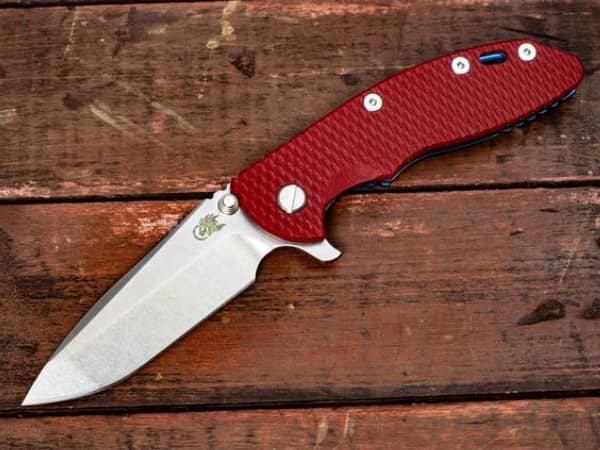 Rick Hinderer is another household name, and it belongs to a knife designer who has been making great knives since the early 80s. He began his journey at a tiny turkey coop where he tinkered around with different kinds of metals to create unique knife blades just as a hobby. This quickly turned into a full-time job, and it wasn’t long before he was making moves in the knife world. At first, he made art knives that had very beautiful designs and patterns, but with time, he shifted to making tactical knives that were more functional and could be used for multiple tasks.

His knives quickly became a favorite of first responders and military personnel as they were reliable and long-lasting. The types of knives that a firefighter could easily handle even when wearing their heavy gloves. Rick Hinderer has also worked with other brands, notably Kershaw, where his best work was on the Cryo series of folding knives. 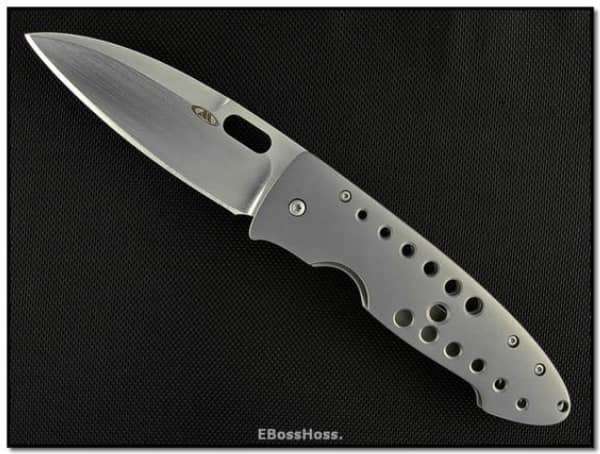 Tom Mayo is credited for making some of the most unique knives you will ever come across. He doesn’t pull any stops when it comes to aesthetics. He credits his style to the inspiration he received from Bob Loveless. Tom Mayo has been designing knives since the 1980s, with his headquarters based in Hawaii.

Over the years, he has been trying out different materials in a bid to bolster the quality of his knives to counter the stiff competition from other designers and brands. One key element common across most of his creations is the use of CPM steels, which is one of the hardest and the long-lasting steel types that never demands a lot from the owner in terms of maintenance. Tom Mayo has won several awards for his work, and his knives will always feature in top industry publications. 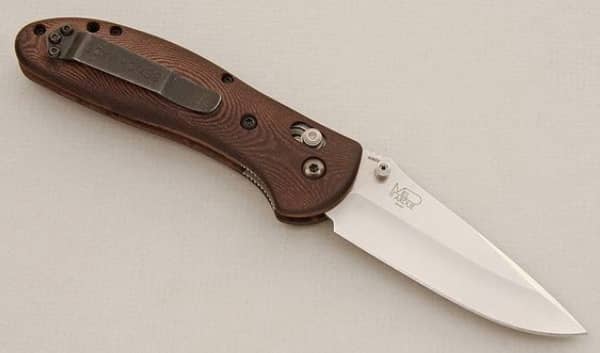 Mel Pardue may not be a very popular name within knife circles, but a good number of knife owners have at some point used knives that have been created by him. One of the main brands that have extensively made use of Mel Pardue’s excellent skills includes Benchmade. In fact, Griptilian, considered to be one of the best EDC pocket knives ever made, was a design that was created by Mel Pardue.

He has also tried a hand in his own brand of knives, although they have not made as much headway as the products he has created for major brands. That said, his knives feature a very solid construction with beautifully shaped blades that are well balanced and versatile using their famed Damascus steel. Currently, Pardue is based in Repton, Alabama, from where the knives he makes are distributed to other parts of the world. 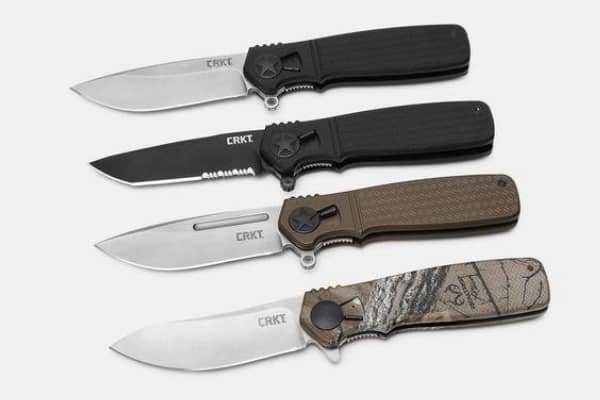 Ken Onion holds a very special record among all the knife designers to ever exist. He is the youngest person to ever get inducted into the Blade Magazine Hall of Fame, and that should tell you everything you need to know about his work. There’s no major knife brand that has not used his services, and some of the best-selling knives from Kershaw to CRKT have been the brainchild of this prodigy.

His expertise is not limited to outdoor folding knives, he also has a hand in kitchen knives, and his designs feature a very aesthetic touch that combines very well with the high-quality materials to give the user a well-rounded knife they can use for any type of work when out in the wild. 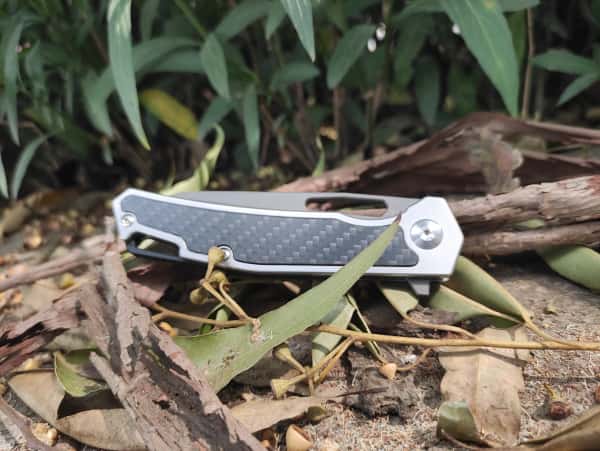 Django is another prodigy in knife designing, and his works can be seen in a good number of major knife brands around. He earned his stripes working as an apprentice at Sanrenmu. The experience he gained during his time there enabled him to envision better knives, and when officially branched out, it didn’t take too long before he started a name for himself with his beautiful folding knives. He later refined his skills further by learning to make molds that transformed steel into a reliable blade. By the time he figured out the market dynamic of making knives, he was a household name already.

Some notable knife brands that have greatly benefited from his skills include Shieldon knives. The company features a catalog of high-quality and dependable folding knives that have been designed by Django, the type of knives you would need when going out for a long outdoor excursion. Every knife that Django designs is always sure to create a wave of excitement in the market, and this is how he has been able to stay ahead of competitors. 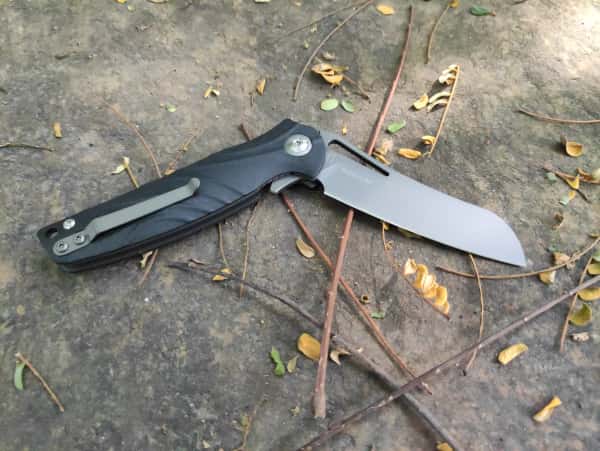 There are many other capable knife designers who are making very beautiful pieces. The demand for pocket knives is forever rising, and this only pushes more designers to come into the limelight. This not only pouches competition and improves the quality, but it also makes the prices drop, and this benefits the consumer. If you wish to learn more about knives, how they are made, or access an unlimited catalog of reliable folding knives, feel free to check out our website and have any questions or concerns you may have answered by our team of highly qualified experts.

Shieldon Knife is a professional custom pocket knife manufacturer that owns a factory and designers. Check out our blogs for tips and tricks around outdoor knives and multi-tools! Or contact us if you need help with sourcing hinges.

You can also follow us through the following ways: 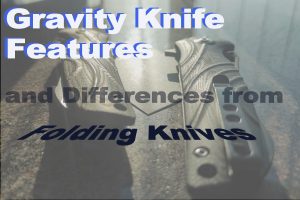 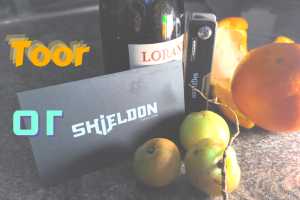 Comparing the Best EDC Knives in the Market: Toor and Shieldon 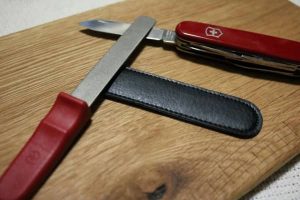 Revive the sharpness of knives and multi-tools! Review of Victorinox’s “Diamond Sharpener” 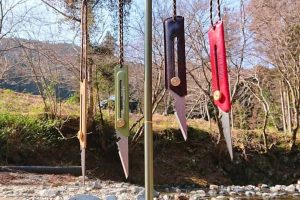