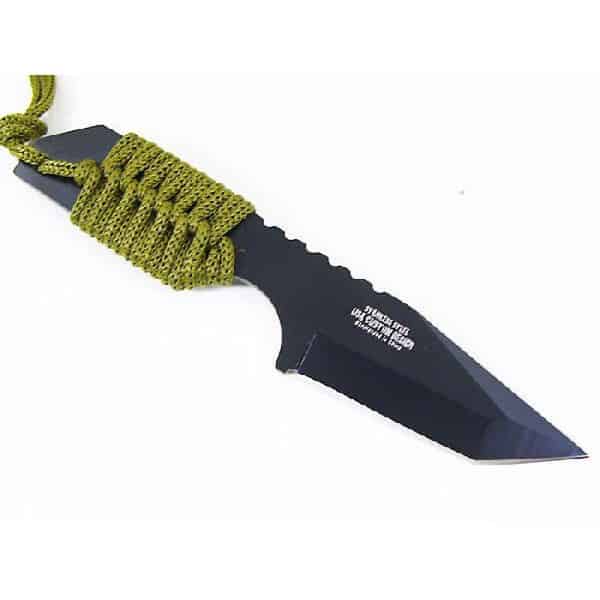 Survival videos are secretly gaining popularity on youtube and so on. A hunting knife is an essential item in survival. However, even if you are interested in survival, you do not know what kind of hunting knife you can use. This time, I would like to introduce such a hunting knife.

In survival you have to live a self-sufficient life and you have to get water and food yourself. However, it is not possible to stab the fish, trapped wild boars, birds, etc. with bare hands and dismantle them for food. At that time, a hunting knife is used.

What is a hunting knife? 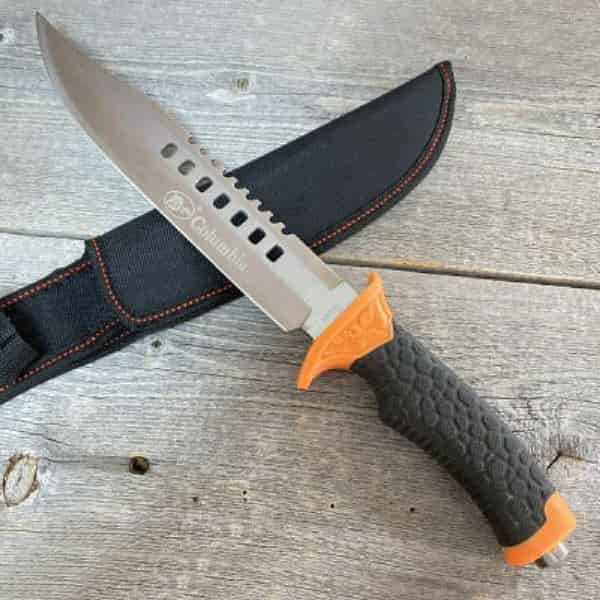 A hunting knife is a knife used to stab or dismantle a prey. It has a long history, and ancient primitive people also used knives made from bones and obsidian.

After that, human beings evolved from hunting people to farming people, but some tribes still live primitive lives in some developing countries. Over thousands of years, humanity and factories have continued to evolve hunting knives.

When do you use a hunting knife? 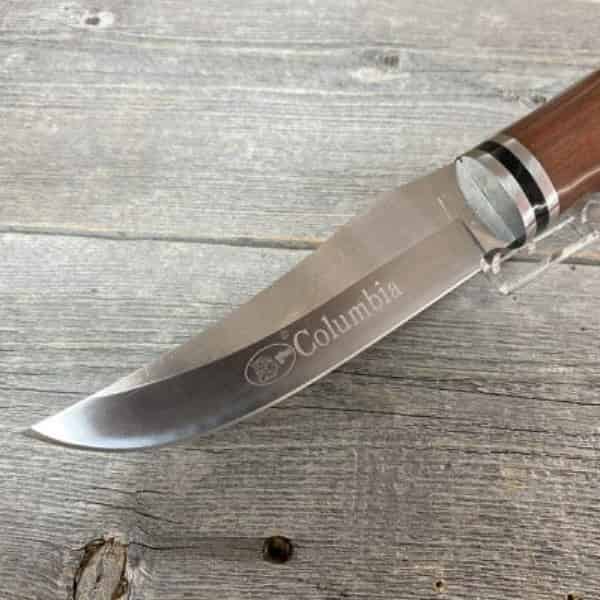 Hunting knives are mainly used to kill and dismantle trapped prey. Prey is unsuitable for food as it is caught, so it is necessary to remove the internal organs, cut the bones, and cut them into appropriate sizes.

Also, relatively large prey can be preserved by carving, and hunting people have survived winter and low food seasons. These small blades and humans have overcome various difficulties until the present day.

Hunting knives are also called hunting knives, and there are various types depending on the factory and application. It is important to use them properly because the scenes in which they can play an active role differ depending on the shape. I often survive with a knife in movies.

Veteran hunters and others will only need the minimum number of knives to reduce the weight of their luggage. If you’re new to survival, it’s a good idea to have some at first. 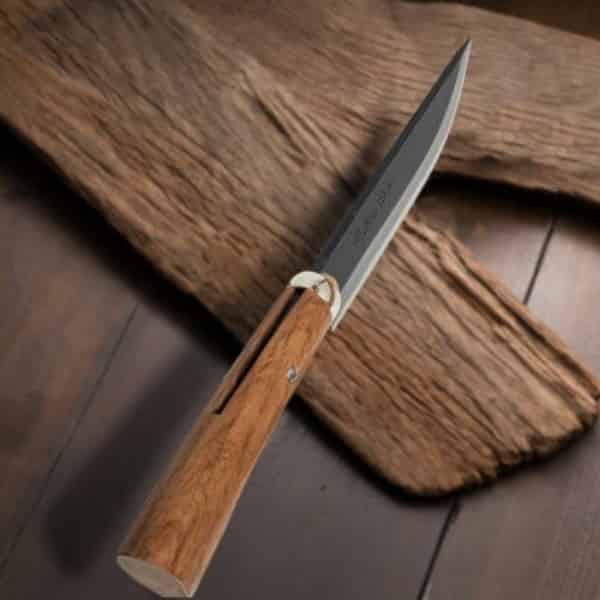 It is a hatchet shaped like a sword. It may also be used as a hunting knife. It’s a little big and heavy, so it’s not suitable for detailed work, but it’s a very useful tool for the parts such as stopping the prey and roughly cutting the dismantling.

It is also useful for cutting off grass and tree branches, and is a reassuring weapon in case of personal danger. The feeling of security when hanging on the waist is outstanding. 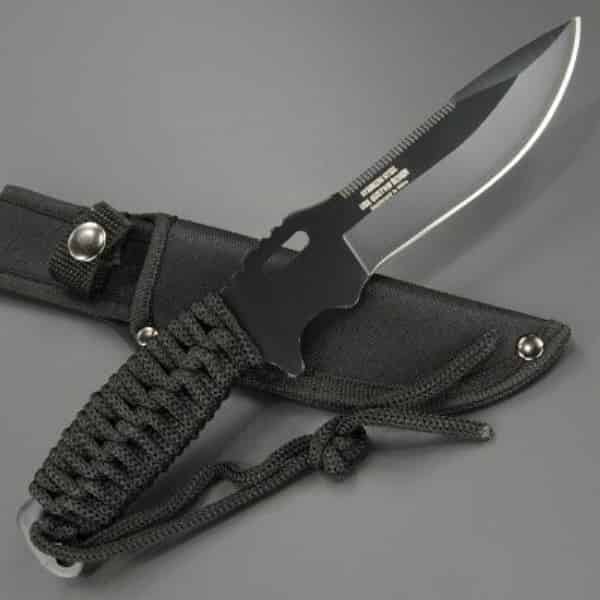 It is a knife that does not have a folding mechanism and has a structure that protects the blade by storing it in a sheath during storage. It is sold by various factories and is extremely easy to use. It specializes in sharply sharpening and stabbing points and at the same time tearing them apart.

It is the most standard hunting knife that comes in handy when stabbing the end or draining blood. It can also be used for cutting hard wood and chopping wood. This is a recommended knife. 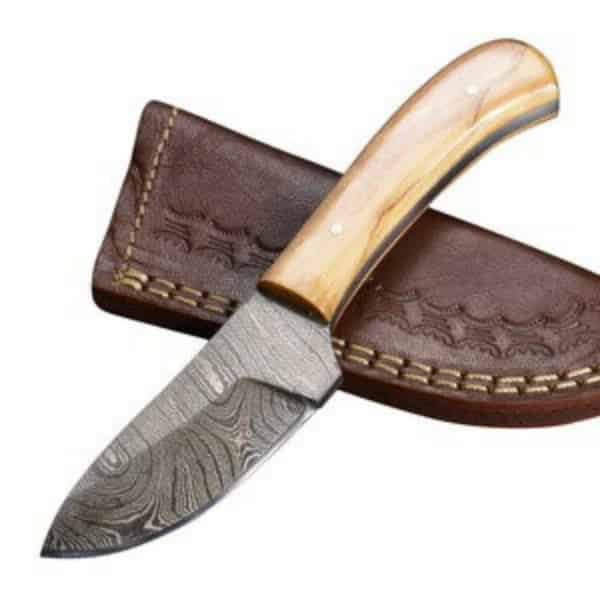 It is used to peel off the killed prey. It is also known as a “zipper knife”, and it is said that it got its name because it can be peeled from its prey like a zipper by hooking the skin on the corner of the back of the blade.

It is relatively dull because it is a knife that peels the skin. The reason is that if the internal organs are damaged when peeling the skin, the meat may smell or become inedible. So the sharpness is intentionally moderate. 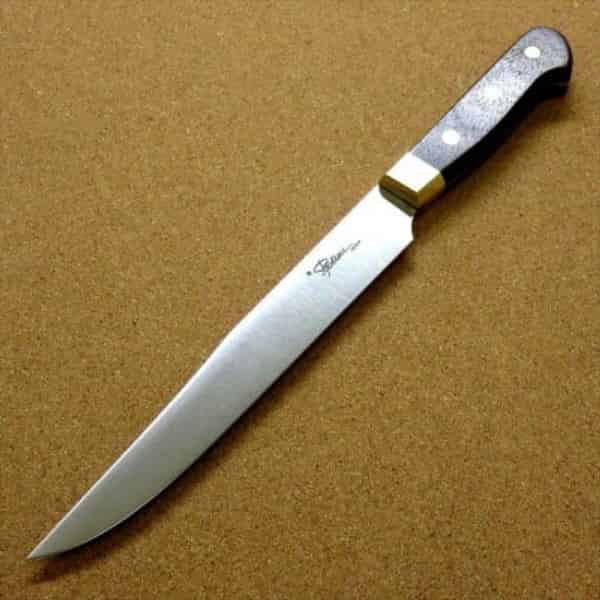 A knife used to remove bones from peeled prey and leave it alone. It is small and thin, and is suitable for precise work. The feature is that the points and edges are sharp. The handle part has a curve along the finger and is designed with “easy to use” and “easy to grip” in mind. 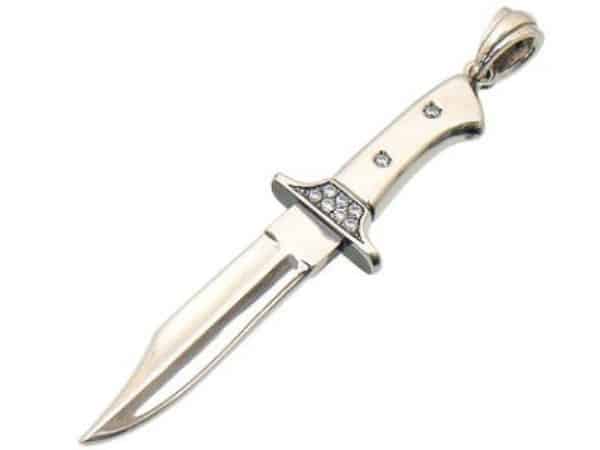 A double-edged dagger with a length of 10 to 30 cm customed for piercing and cutting the neck is called a dagger, and is suitable for piercing and throwing. It is also a general term for daggers. The feature is that both have blades and the killing ability is very high.

Some enthusiasts carry it as a hunting knife. Compared to overseas, it is not approved for hunting in Japan and cannot be obtained. 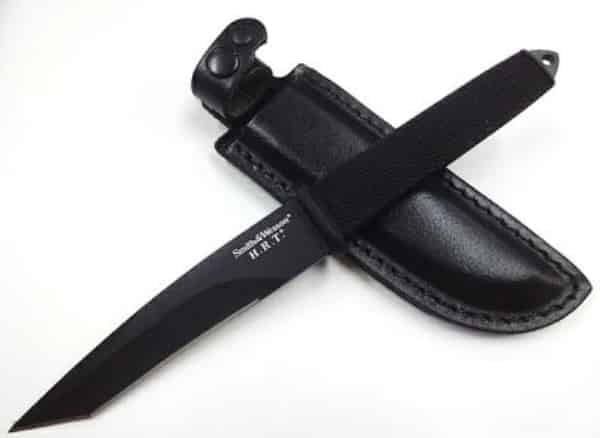 A boot knife is a boot that is used by attaching a sheath to the boot. It is more often used as a spare than the main knife. If the blade is less than 15 cm, it is legal and can be imported and domestically produced, so it is sold domestically. It is often used in wars rather than survival, but if you like it, take it to the mountains. 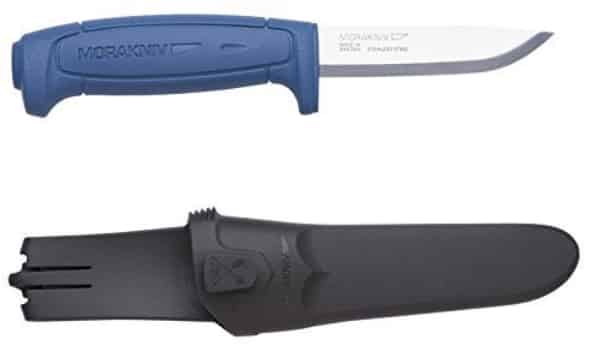 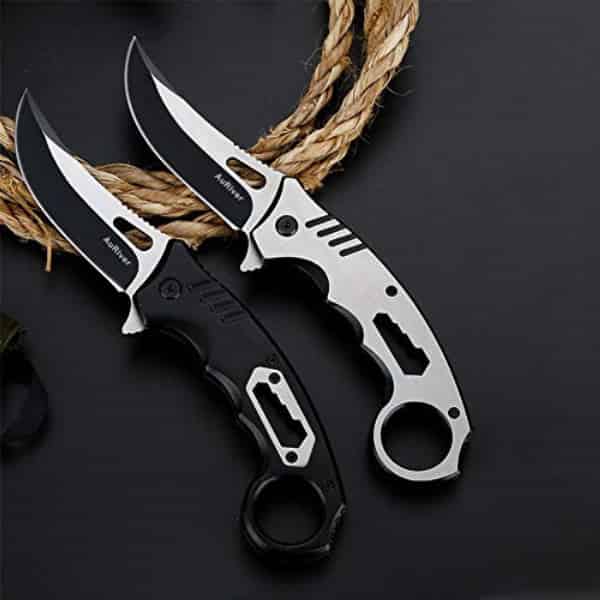 This model, which pursues convenience, is inferior in strength to ordinary sheath knives, but it is easy to carry around. You can use it by folding the knife part and carrying it, and when you use it, you can take it out with a knife and use it easily.

It’s a good introduction to the outdoors. For survival and hunting, you can put it in your pocket or backpack as a spare knife and it won’t get in the way. 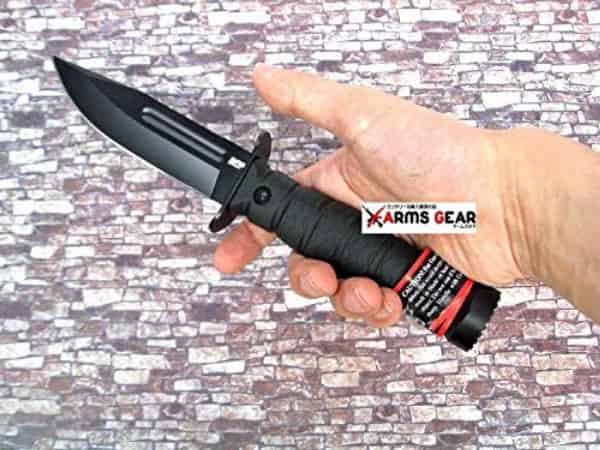 A knife for actual battles released by a firearm factory

Smith & Wesson, the developer of this knife, is a firearm factory founded in 1852 by Horace Smith and Daniel B. Wesson. Manufactures revolvers and ammunition, and the outbreak of the Civil War shortly after its founding created a large demand for revolvers, laying the foundation for what is now Smith & Wesson.

Surprisingly, it is said that Ryoma Sakamoto used S & W’s revolvers No.1 and No.2, which were manufactured in the early days. Since it is a knife made by such a firearm factory, its performance is origami. 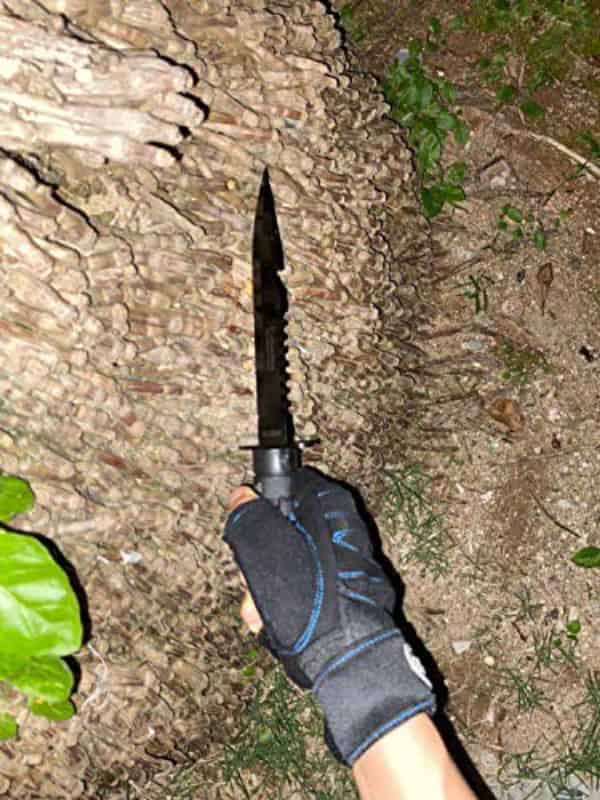 Compared to other EDC knives, it is cheaper and convenient for cutting ropes. With a total length of about 31 cm and a weight of about 183 g, it is a light and easy-to-use knife that is not too large. ABS material is used for the scabbard to custom the knife hard to break.

This one from dismantling to peeling

A hunting knife with a beautiful wood grain handle with a gut hook. Surgical stainless steel is used for the blade, and a gut hook that cuts tendons etc. at the time of dismantling is attached to the tip.

The handle is made of wood with a beautiful grain and is easy to grip. You can also peel the prey by hooking it with this gut hook and pulling it. It can be used in a wide range of ways compared to other hunting knives.

The factory is a rifle factory

It is a company that became famous for the development of firearms in the Western Pioneer era in the United States. It can be said that it is a long-established store. 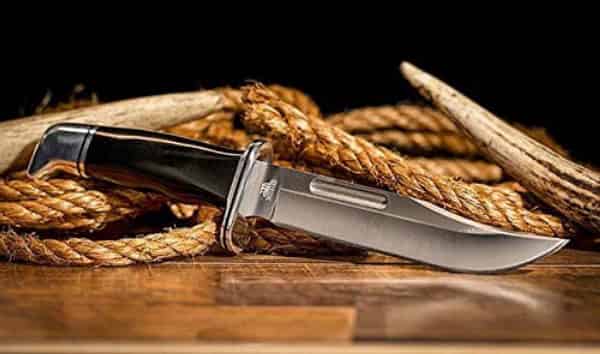 High performance just for the price

It is a back hunting knife. It can be used widely in EDC scenes from camping to hunting. The total length is about 268 mm, the blade length is about 138 mm, and the weight (knife only) is about 225 g. It comes with a leather sheath, which makes it convenient to carry.

A masterpiece of a knife factory 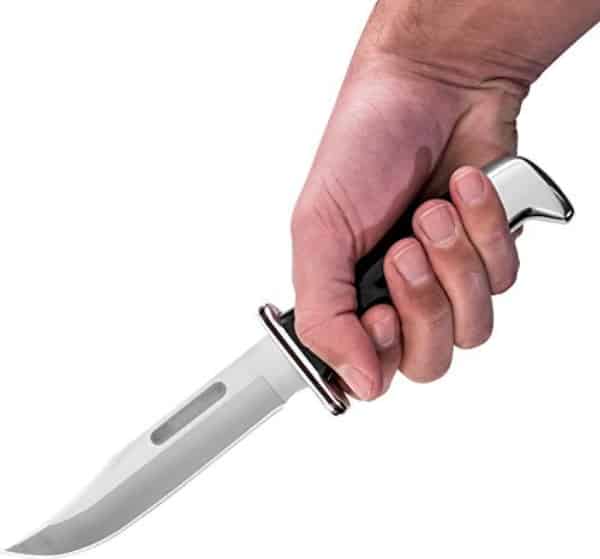 BUCK was founded in 1902 by Hoyt Bach, an apprentice of a Kansas blacksmith. Using a worn-out file blade as a raw material, Hoyt customed a knife. His knives were highly regarded during World War II.

In 1964, his son Al Bach introduced the Model 110 Folding Hunter, a reliable rock blade designed by Buck Nive’s that revolutionized the knife industry and established itself as a knife brand with outstanding technology. It is a prestigious among the established prestigious. 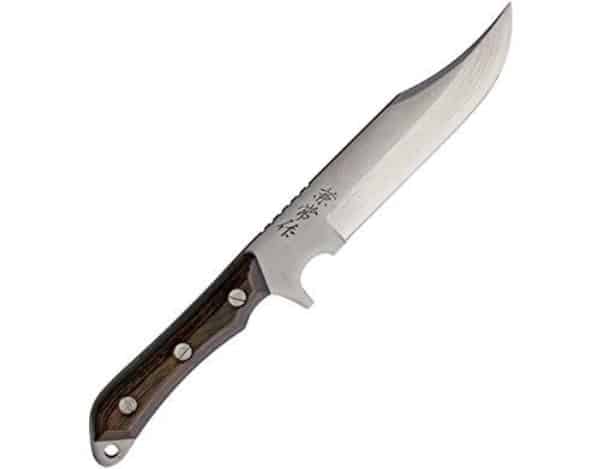 Japanese knife that brings together the techniques of Yangjiang’s blades

A knife infused with the tradition of Yangjiang Kanetsune, a world-famous blade brand. The blade is a blade that cuts extremely well with Aogami No. 2 as the core material, and has both a sharp sharpness reminiscent of a Japanese hunting sword and a tough stickiness. The sharpness that is incomparable to cheap knives is attractive. 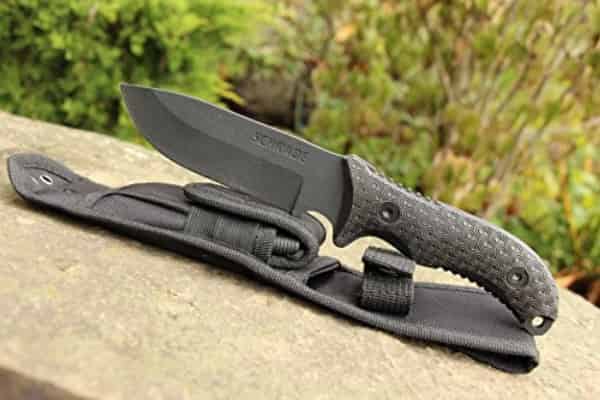 You can aim for prey as if you were back in the Stone Age. CHRADE EDC knife. 1095 high carbon copper is used for the blade part to increase the hardness of the blade. Since it is not so big, detailed work is possible. The grip part has a dent that fits your fingers, and it is also a nice point that it is not slippery.

Hunting knives are divided into various shapes and types depending on the application. Choose a hunting knife depending on what kind of play you want to play.

Play with an easy-to-use knife in EDC, fishing, hunting and survival games (don’t attack). Please be careful about safety. Because it is for hunting, it is sharp and misuse can lead to a serious accident.

Do not kill uselessly

Animals are also desperately alive. Don’t hurt animals or plants for no reason. Hunting other than spinning life to live is unethical. Please be sure to follow the manners and rules when playing.

Click to have more Shieldon EDC knives and tools fun.

You need to know the effect of the material on the knife.

Get a special one in your hand! 11 “Takumi Knives” you want to use outdoors